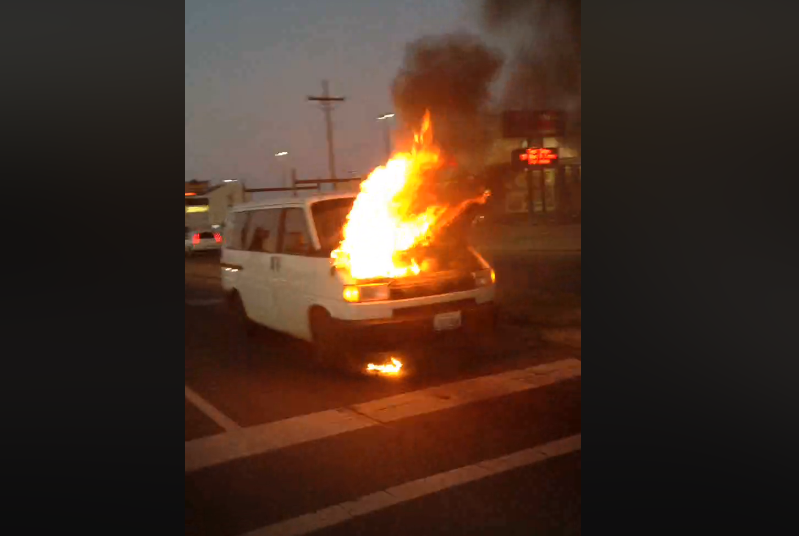 Was driving my VW Eurovan down Hwy 81 in Duncan, Ok on my way to meet my kids and girlfriend for dinner. When I smelt something burning, a couple seconds later I saw smoke coming from the hood and the van died so I turned on my emergency lights coasted to the turn lane got out opened the hood and called 911.
I had lots of good times camping in that van. I originally acquired it by trading up from some garnets I had found after a day of panning for gold outside Deadwood, South Dakota, it had about 70k miles when I first got it, today it just hit 160k. Guess it's a fitting end to an epic van. #rip #goingoutinablazeofglory
💡Although I might give it new life in my back yard as a sleeping area for visiting guest. #airbnb ✌️🤓