John Olinger Posted on August 24, 2017 Posted in Tires No Comments 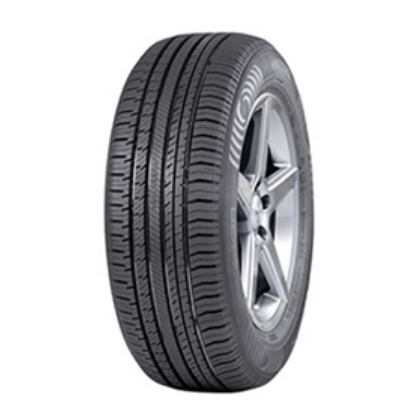 Since I’m new to the EVC thing and my camper came with Michelin Defenders, I called Gowesty to ask about this topic since it comes up every couple of weeks on this page and we go through the load ratings and Nokian vs. Michelin Defenders discussion again and I wanted to get their opinion since they put Defenders on all their EVCs:

First, they’re mostly American-made tires that they trust (over Finnish- and Russian-made ones), but more importantly, he said that the 235/60R16s that they install (and my 225/65R16 are rated the same) have 100H ratings that have max weight capacities of 1,764 lbs (I was able to look this up to verify it as I read about speed and load ratings). He further said that the initial curb weight for the heaviest EVC is 5,216 pounds. Add in another 761 pounds for water, gas, and all the fluids takes you to 5,997 total curb weight. So, multiplying 1,764 per (Defender) tire by 4 gives you your total weight capacity allowance of 7,056 lbs.

But, while the Defenders have that total weight of 7,056 lbs (well over the 5,997 lbs total curb weight), they subtract 10% based on some engineering something that he didn’t go into detail on because the tires are not considered commercial or light-truck tires…10% off of 7,056 takes you to 6,351 total capacity on the tires left over…divided by 4 tires equals 1,587 per tire available. Going back to the total curb weight of 5,997 divided by 4 tires to know what’s needed, that takes you to slightly under 1,500 per tire needed. Subtracting 1,500 from 1,587 leaves you with a cushion of 87 lbs per tire under the max load…or 348 total left over.

So, in the end, Gowesty believes (though it wasn’t an official statement) that no insurance company should be able to say that any of us running the Defenders had an inappropriate tire to, therefore, deny any sort of claims as shown by the math above. (I’m referencing a thread on the tire subject yesterday in which someone suggested that insurance won’t pay claims if one is using an “inappropriate Defender”.)

With all that written, I suspect some on our page will say, “But, that only technically leaves me able to carry 348 lbs-worth of stuff in the van…that doesn’t sound like much buffer!” Given that the Nokians are considered light-truck tires with a rating of 2000 lbs per tire (for the 235/60R16 enTYRE’s), wouldn’t that be the better way tire to use??”

I don’t disagree…but, I’ll let you let make up your own minds – I’m just wanting to tell you what I uncovered in my search for info.

FYI that I did find a Michelin Defender with a higher load rating of 103H, too: https://www.tirerack.com/tires/tires.jsp…

And should you want to read their position, Gowesty’s President did a write-up on tires, too:
http://www.gowesty.com/tech-article-details.php?id=37

Hope all this helps in some way.